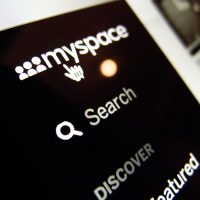 All music uploaded onto Myspace prior to 2015 – an estimated 50 million songs by 14 million artists – has been lost. The site revealed that all of users’ media from Myspace’s first 12 years of existence were erased in a server migration and cannot be retrieved.

“As a result of a server migration project, any photos, videos, and audio files you uploaded more than three years ago may no longer be available on or from Myspace,” the site said (via Boing Boing). “We apologize for the inconvenience and suggest that you retain your back up copies.”

A Reddit thread this weekend detailed the issue artists faced when aiming to retrieve the music they uploaded onto Myspace between 2003 and 2015. Last year, artists who visited the site realized their older songs were no longer playable. When asked about the issue, Myspace said they were looking into the problem.

However, eight months ago, Myspace began informing users that the music – as well as photos and videos uploaded prior to 2015 – was lost in the server migration. “There is no way to recover them,” Myspace admitted.

Although a topic of conversation on Reddit, the issue reached a widespread audience this weekend when tech reporter Andy Baio tweeted about the lost songs:

Myspace accidentally lost all the music uploaded from its first 12 years in a server migration, losing over 50 million songs from 14 million artists. https://twitter.com/textfiles/status/1107306991066759168 … 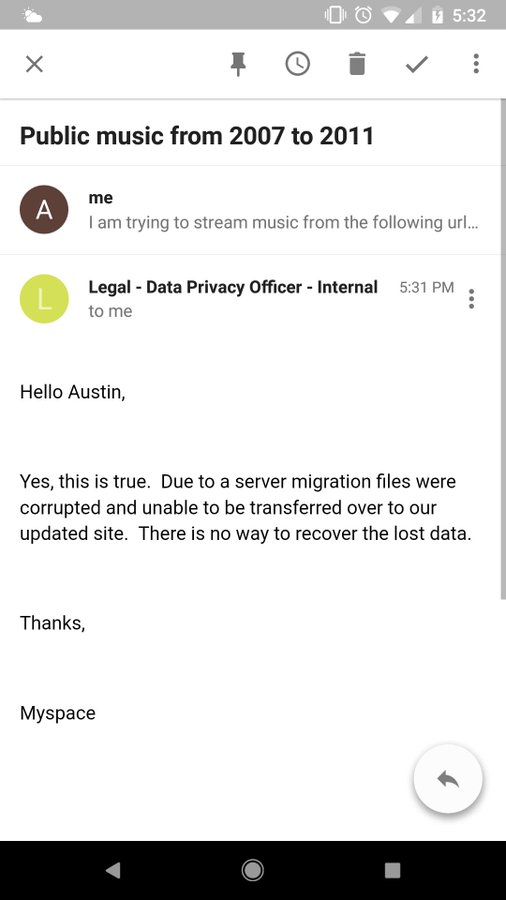 7,360 people are talking about this

Baio added of the mishap, “I’m deeply skeptical this was an accident. Flagrant incompetence may be bad PR, but it still sounds better than ‘we can’t be bothered with the effort and cost of migrating and hosting 50 million old MP3s.’”