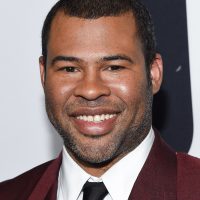 The filmmaker’s follow-up to ‘Get Out’ scored the third-biggest horror opening of all time, while ‘Captain Marvel’ zipped past $300 million in the U.S. and $900 million globally.

Rare is the emerging filmmaker who delivers two box-office juggernauts — and profit monsters — in a row.

Jordan Peele has done just that with Us, which debuted to a shocking $70.3 million at the domestic box office over the weekend to scare up the third-biggest horror opening ever behind It ($123.4 million) and last year’s Halloween sequel ($76.2 million), as well as the No. 1 launch for an original horror title.

Buoyed by an ethnically diverse audience in North America, the critically acclaimed pic hit theaters a little over two years after Peele’s first feature directorial effort, Get Out, turned into a cultural sensation.

Peele made both films for Universal Pictures, where studio chairman Donna Langley took an early interest in the writer-director. Get Out was a profit monster for all involved after bowing to $33.4 million domestically on its way to grossing $176 million in North America against a tiny $4.5 million budget.

Produced by Peele via his Monekypaw Productions, Us tells the story of Adelaide Wilson (Lupita Nyong’o), an African-American woman who returns to her beachside childhood home with her two children and her husband, played by Winston Duke (Black Panther). Soon, they come up against terrifying and uncanny opponents: doppelgangers of themselves.

Caucasians made up 36 percent of ticket buyers, followed by African-Americans (32 percent), Hispanics (21 percent) and Asian/Other (11 percent), according to PostTrak.

Other milestones for the film: It boasts the top opening ever for any original R-rated pic after besting 2012’s Ted ($54.4 million) and the top bow for a horror title that isn’t a sequel or based on existing IP. It also scored the second-biggest debut of the year so far behind Captain Marvel.

Captain Marvel made headlines of its own in its third weekend as it crossed the $900 million mark worldwide to become the No. 10 comic book adaptation of all time.

The first female-led superhero pic from Marvel Studios and Disney earned another $35 million in North America to finish Sunday with a domestic tally of $321.5 million. Overseas, Captain Marvel earned $52.1 million from 54 markets for a foreign tally of $588.8 million and $910.3 million globally.

Captain Marvel wasn’t the only superhero movie generating interest over the weekend, as Saturday’s sneak previews of DC’s Shazam! took in $3.3 million, according to Warner Bros., which hosted the sneaks with Fandango (preview grosses are never officially reported).

Back on the official box office chart, Paramount’s Wonder Park placed third in its second weekend with $9 million for a domestic total of $29.5 million. The animated family title earned $5 million overseas from 24 markets for a foreign total of $10.2 million and $39.7 million worldwide.

CBS Films’ teen drama Five Feet Apart fell a narrow 33 percent in its sophomore outing to $8.8 million for a 10-day domestic tally north of $26.5 million against a production budget of $7 million. It also earned $6.2 million from 32 foreign markets for an early global total of $32.8 million.

How to Train Your Dragon: The Hidden World rounded out the top five with $6.5 million in its fifth weekend for a domestic cume of $145.8 million and $488.1 million globally.

New offerings at the specialty box office included Hotel Mumbai, starring Armie Hammer and Dev Patel. The drama, which bowed in four cinemas, posted a location average of $21,623 for distributor Bleecker Street, which took over duties after the demise of The Weinstein Co.