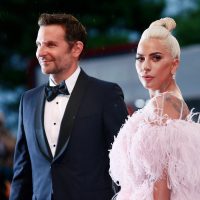 It’s over. Bradley Cooper and Irina Shayk called it quits after four years together, a source confirms to In Touch. The two are currently working out how to share custody of their 2-year-old daughter, Lea De Seine Shayk Cooper. People Opens a New Window. was the first to report the news of their split.

Multiple sources previously told In Touch that the A-list couple has been “on the verge of splitting for months.” According to the insiders, the two have “tried to make it work for the sake of their daughter,” but the reality is that they “both have busy lives and careers which has made the process very long and drawn out.”

However, one source insists to In Touch that Bradley, 44, and Irina, 33, “never had a strong foundation to begin with,” and have “very little in common.” While neither party has commented on the exact reason for their split, a source tells Us Weekly Opens a New Window. that their relationship problems have “nothing to do” with Bradley’s A Star Is Born costar Lady Gaga.

After romance rumors circulated while the two were filming, the “Shallow” singer addressed the speculation Opens a New Window. while appearing on Jimmy Kimmel Live! “First of all … social media, quite frankly, is the toilet of the internet and what it’s done to pop culture is abysmal,” Gaga told the host in regard to her and Bradley’s on-screen chemistry. “People saw love and, guess what, that’s what we wanted you to see. This is a love song.”

She continued: “From a performance perspective, it was so important to both of us that we were connected the entire time. I’ve had my arms wrapped around Tony Bennett for three years touring the world. When you’re singing love songs, that’s how you want people to feel.”

At the moment, Bradley and Irina are focused on their daughter. “Lea is the best thing that’s ever happened to Bradley, so he doesn’t have any regrets,” another source tells In Touch exclusively. “He’ll always care about Irina, but it’s reached the point where neither of them wants to continue sacrificing their happiness to stay stuck in a bad relationship.”