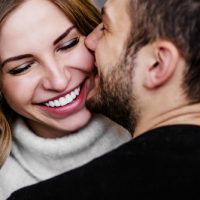 We want you to go back to that moment when you realized your partner was the one.  What was the sign that let you know he or she was it!?

TEXT QUESTION OF THE DAY:
What were some signs that you found “The One”?