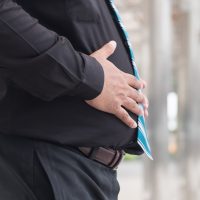 Planet Fitness, Inc., one of the largest and fastest-growing franchisors and operators of fitness centers in the U.S. and home of the Judgement Free Zone®, acknowledges and celebrates the “dad bod” – that comes in all shapes and sizes – ahead of Father’s Day with new insights from a national study* commissioned by Planet Fitness. The results reveal there’s an ever-increasing appreciation for and acceptance of the “dad bod” physique. This is the third year in which Planet Fitness has studied how American men and women feel about it, with data pointing to the consensus that it exudes more sexiness and confidence now than ever before.

There are a number of insights regarding how people feel about the “dad bod” overall, including how the sentiment compares year over year. For example, over 23 million men identify as having one – similar to those who said the same in 2018 – but this year more men believe that there is universal acceptance of the “dad bod” than in 2018 (71 percent vs. 63 percent). Both men and women associate the body type with positive traits as demonstrated by new survey insights, including:

“As home of the Judgement Free Zone, we’re proud to offer a comfortable environment for all of our members, regardless of body type,” said Jamie Medeiros, Vice President of Marketing at Planet Fitness. “This Father’s Day, Planet Fitness is challenging everyone, and not just dads, to be comfortable in their own skin and accept others for who they are.”