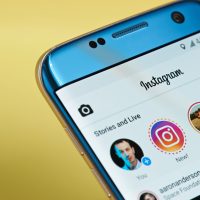 Adam Mosseri, the head of Facebook-owned Instagram, said the company is willing to make decisions that keep its users safe from online bullying, even if it leads to decreased usage.

“We will make decisions that mean people use Instagram less if it keeps people more safe,” Mosseri told Time in an article published Monday.

Mosseri has made combatting online bullying a top priority since he took over the reins of Instagram in October.

Instagram on Monday announced the launch of a new AI feature that will notify users when a comment they write could be considered offensive before they post it. Instagram said it will also soon begin testing a new feature called Restrict that will allow users to hide comments from specific users without notifying those users that they’ve been muted.

Mosseri has stressed this at all-hands meetings and in an emails to his employees, current and former Instagram employees told CNBC in May. Mosseri also announced in April that Instagram would begin experimenting with hiding like counts as a way to make the social network “a less pressurized environment.”

Over the past few years, Instagram has become one of the most important parts of Facebook, with more than 1 billion monthly users, including 500 million daily users of its growing Stories feature as of January. By comparison, rival Snap counts 190 million daily users, the company said in April.

Only bullying “could hurt our reputation and our brand over time. It could make our partnership relationships more difficult. There are all sorts of ways it could strain us,” Mosseri told Time. “If you’re not addressing issues on your platform, I have to believe it’s going to come around and have a real cost.”