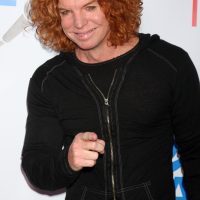 If you haven’t had a chance to see Carrot Top’s Las Vegas show yet, you’re in luck. The Luxor has officially extended the comedian’s residency.

The extension of his headlining residency solidifies “Carrot Top” as the longest running comedy show in MGM Resorts history, according to a news release.

“Carrot Top has been entertaining crowds at Luxor since 2005 and we are very excited that Luxor will continue to be his home for many more years,” said MGM Resorts’ President of Entertainment & Sports George Kliavkoff. “Visitors come to Las Vegas from all around the world to let their hair down, escape and have a few laughs. Carrot Top’s show delivers on all of that.”