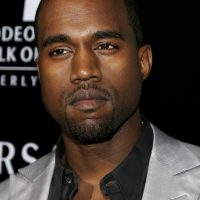 It was a little later than his followers expected, but better late than never.

His followers had been waiting for the album to arrive at midnight, but West tweeted early Friday that there was a delay.

“To my fans Thank you for being loyal & patient,” the tweet read. “We are specifically fixing mixes on “Everything We Need” “Follow God” & “Water” We not going to sleep until this album is out!”

The rapper tweeted a track list Thursday to prepare his followers.

Folks have been checking for the album since Aug. 29, when his wife, Kim Kardashian West, shared what appeared to be a handwritten track list with the date Sept. 27 on social media.

But Sept. 27 came and went with no album release.

Not that the river went completely dry — as West continued to host his Sunday Services, including in Atlanta and his native Chicago, and announced a forthcoming “Jesus Is King” IMAX film that documented those services.

On Sept. 27, Kardashian West tweeted what appeared to be an undated track list with the words “Have faith.”

Two days later, West held an event in New York City where he reported debuted clips from the documentary and played music from the new album.

Pitchfork reported that West talked to the crowd a bit about his Coachella Sunday Service held this year during the music and art festival.

“I wasn’t fully saved during Coachella,” West reportedly said. “I came to know the truth and joy of Jesus. This album is an expression of the gospel.”

The rapper/producer and provocateur has been holding his Sunday Services for months now.

The events, some of which have drawn celebrities such as Brad Pitt, are a special mix of hip hop and spiritual.

The weekly services started out are invitation-only, and followers first learned of them in January.

“It’s honestly more like a healing experience for my husband,” Kardashian West told Elle. “It’s just music; there’s no sermon. It’s definitely something he believes in — Jesus — and there’s a Christian vibe. But there’s no preaching. It’s just a very spiritual Christian experience.”

She said it’s open to all faiths.

“Everyone that comes understands it’s just a really healing experience with an amazing choir and amazing messages about love to start off your week,” the reality TV star said.

The album release comes the same day his IMAX film “Jesus Is King” is set to hit select theaters.

The movie was directed by Nick Knight and filmed in James Turrell’s large-scale artwork, the Roden Crater, in the desert of northern Arizona.

On Thursday, West told Zane Lowe in an interview for Beats 1 that he will also be releasing a Sunday Service album titled “Jesus is Born” at Christmas.