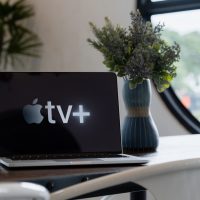 Multiple sources say Apple is paying $25 million for the project about the 17-year-old musician.

Billie Eilish’s big 2019 is culminating as she nears a deal with Apple TV+ for a documentary that comes with a $25 million price tag, according to multiple sources.

The film, which has already been shot, was directed by R.J. Cutler and produced in collaboration with Eilish’s label, Interscope Records, for a budget that one source pegs as being between $1 million and $2 million. It is expected to follow the 17-year-old singer-songwriter in the wake of the release of her debut album, When We All Fall Asleep, Where Do We Go?, in March of this year. Cutler was granted deep access to Eilish’s private moments with family and behind-the-scenes of her public appearances.

The doc, which was shopped to multiple distributors, comes as Eilish, who was named Apple Music’s artist of the year, is set to headline the streaming service’s first-ever Apple Music Awards on Wednesday at the Steve Jobs Theater in Cupertino, California. The project will be available through entertainment platform Apple TV+ instead of Apple Music, which has previously released documentary projects like Taylor Swift’s The 1989 World Tour (Live) and Ed Sheeran’s Songwriter. It signals a blurring of the lines between the $10-per-month music streaming service and the $5-per-month film and TV offering.

Eilish, who previously had developed a cult following online, broke out this year with the release of her first full-length album. Written with her brother, Finneas, When We All Fall, Where Do We Go? was the most-played album on both Apple Music and Spotify in 2019 and earned two Grammy nominations.

The documentary, which is expected to premiere in 2020, will join a small but growing roster of unscripted films from Apple TV+, including The Elephant Queen, which is currently streaming, and upcoming projects from Oprah Winfrey including Toxic Labor and an unnamed project about sexual misconduct in the music industry.