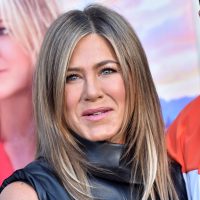 This week we’re sending you an extra gift for the holidays: For the first time ever we are giving you four different covers in one issue. Our People of the Year issue celebrates the stars who have made an impact on our culture, the individuals who have moved us and entertained us. We wanted to see if we could soak up a little of their wisdom. When we sat down to look at who we thought deserved this honor, I wasn’t surprised that we ended up with an all-female foursome—this year has been dominated by strong women.

Jennifer Aniston summed up that zeitgeist on The Morning Show — which she coproduced for Apple TV+ — in the pivotal boardroom scene, when she told a roomful of men, “You don’t have the power anymore. . . . We are doing this my way.” It’s one of the best performances of her career.

Jennifer Lopez ticked every possible box as she turned 50 this year: Oscar buzz for Hustlers, which she coproduced; a blockbuster music tour; a beautiful family; an upcoming Super Bowl appearance. And she’s having a blast: “It’s just, wow, woowwww,” she said about all the accolades.

In 2019 Michelle Obama became the bestselling memoirist of all time, and the audio version of Becoming was nominated for a Grammy. In a Gallup survey, Mrs. Obama was named the most admired woman in the world, and it’s no wonder, since she continues to do so much work to improve girls’ education both here at home and in countries like Namibia with her Global Girls Alliance.

Although she’s been a singer for more than 15 years, 2019 was arguably the year Taylor Swift found her voice: She stood up to protect her creative rights, spoke out for what she believed in and continued to produce music that showed wisdom and storytelling beyond her years—her album Lover became 2019’s bestselling record in just one week. Truly epic.

The accomplishments are varied but have one thing in common: They came when these women got to know themselves better and focused their work on what makes them happy. Success followed those decisions and journeys—and that’s something we can all learn from. New Year’s resolution, anyone?