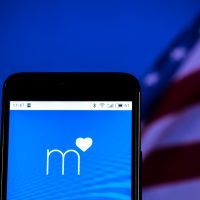 The first Sunday after New Year’s Day is often the most active day of the year for dating sites, which brand it “Dating Sunday.”

But since New Year’s Day fell on a Sunday this year, some sites expect the busiest day for online dating in 2017 to be a week later — this Sunday, Jan. 8.

“The end of the year is really a good time of reflection,” said Jess Carbino, dating app Tinder’s in-house sociologist. “People have the opportunity to really think about what they’ve done in the past year and what they want to do in the future. And for many single people, finding a partner is something that they really want to establish as a goal for the new year.”

And Chicagoans have ranked near the top on past Dating Sundays — in 2016, Chicago had the fifth-most swipes of any city in the 196 countries where the service operates, Tinder said. It trailed only London, Sao Paulo, New York and Stockholm. Tinder estimated there’d be 12 percent more matches this Sunday compared to the app’s daily average.

Match.com and Plenty of Fish, two other online dating sites, also had predictions for this Sunday’s virtual dating surge.

Match.com is predicting its busiest moment of the year will take place at 7:49 p.m. Central Time Jan. 8. Meanwhile, Plenty of Fish expects Sunday to be its second-busiest day of the year, with slightly fewer sign-ups than New Year’s Day, according to Shannon Smith, a spokeswoman for the site.

Historically, Dating Sunday kicks off the busiest season for online dating, according to Smith. People are expected to be virtually swiping, crushing, winking, and liking more than ever this year as more American adults turn to online dating.

Last year, Pew Research reported that the amount of 18- to 24-year-olds using mobile dating apps nearly tripled between 2013 and 2016, rising from 10 percent to 27 percent.

With or without online dating, many people look for a change in their love life come the new year. Dating Sunday comes around the same time as Divorce Day, which divorce lawyers say falls on the first Monday after Christmas break.