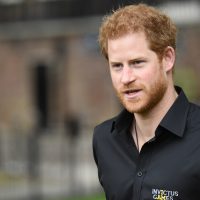 Prince William has a new title.

On Saturday, Queen Elizabeth appointed her grandson as the new Lord High Commissioner to the General Assembly of the Church of Scotland. In the position, William will become the British monarch’s personal representative to the Church of Scotland, carrying out various official visits and ceremonial duties.

William, 37, takes over the role from Richard Scott, the 10th Duke of Buccleuch and 12th Duke of Queensberry. Before Scott, Princess Anne held the position.

The appointment comes as William’s brother Prince Harry and Harry’s wife Meghan Markle step back as senior members of the royal family.

Last week, Queen Elizabeth and her family — including William, Harry and Prince Charles — cemented an agreement for the terms of Harry and Meghan’s royal exit. After a period of transition that ends this spring, Meghan, 38, and Harry, 35, will lose their “Royal Highness” titles, repay renovation costs to their Frogmore Cottage home and split their time between North America and the U.K.

Amid the royal drama, William and wife Kate Middleton have been continuing their royal duties, recently hosting a reception at Buckingham Palace on behalf of the Queen. The reception marked the U.K.-Africa Investment Summit taking place in London. (Harry also attended the summit, taking part in meetings with leaders from three countries.)

In his speech, William offered some personal words about the couple’s personal connection to the region.

“The African continent holds a very special place in my heart,” the royal dad said. “It is the place my father took my brother and me shortly after our mother died. And when deciding where best to propose to Catherine, I could think of no more fitting place than Kenya to get down on one knee.”

Kate, 38, and William are also set to attend the British Academy of Film and Television Arts awards — the British equivalent of the Oscars — on Feb. 2.