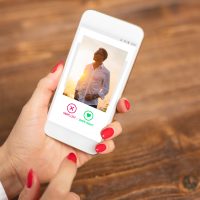 One of the greatest mysteries has been solved: you can, in fact, be whelmed.

Anyone who’s ever watched 10 Things I Hate About You will be familiar with the following question: “I know you can be overwhelmed, and you can be underwhelmed, but can you ever just be whelmed?”

Turns out the answer to Chastity’s question to Bianca is yes, and not just in Europe.

“Whelming” is a newly coined dating term which describes a behaviour you might already be familiar with. In a piece for SELF, journalist Patia Braithwaite coined the term to depict “a new shitty dating behavior.”

“Whelming is what happens when my matches spontaneously lament about how overwhelmed they are by their other matches instead of, you know, flirting with me,” wrote Braithwaite.

t can be tough to keep up with messages and new matches on just one app, let alone multiple apps. But, humble-bragging about being inundated by messages from suitors might not be the best way to make a match feel special.

With the ever burgeoning number of dating apps, it’s hard to keep up with the rapidly changing online dating culture. With that evolving culture comes a constant influx of dating terminology, from Mashable-coined cloaking, to breadcrumbing, and even cryptomancing.

Online or offline, no one wants to hear that they’re one of many people in a long queue of potential partners. So yeah, maybe keep your overwhelming popularity to yourself?