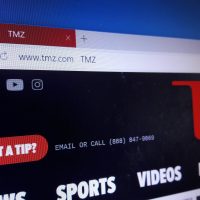 Update: Thursday January 30th. TMZ’s founder Harvey Levin said that he was in communication with Kobe Bryant’s representatives before publishing the story. However, he acknowledges that the families of other victims could have found out from TMZ’s reporting or social media, which happened more than four hours before the official announcement was made.  All families deserve the respect of being notified by the police, not tabloid news.

TMZ is a tabloid news website owned by WarnerMedia and carried by Fox Television Stations that reports on Celebrity and influencer news. TMZ has a history of harassing celebrities and crossing so many lines, but this time they went too far.

Basketball legend Kobe Bryant and his daughter Gianna died in a horrific helicopter crash, and TMZ LEAKED the news before the authorities were even able to notify families.

This is beyond not ok, and its time that Fox and Warner take away their platform. Sign the petition to get TMZ taken down once and for all!