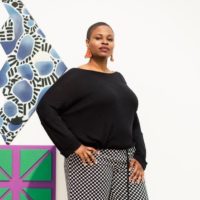 Doctor Sagashus Levingston is the founder and owner of Infamous Mothers LLC, an education, media, and technology company building health and wealth within the context of work & entrepreneurship for a strong community of Black women.

For over 5 years, she’s been connecting and empowering women who have been stigmatized, then managed to overcome the stigma and do something very extraordinary in our society.

“An Infamous mother is BADDER THAN BAD! In literature, this woman had to be more than an outlaw…she had to be infamous. She had to be someone who had been seen as both morally deviant or reprehensible AND as someone who was integral to stopping a genocide, changing policy, sparking a revolution.”

While working to become a doctor, Levingston passed through several of the best institutions in this country to receive her education. Starting at Holy Angels Catholic School on the south side of Chicago, Lake Forest Academy Boarding school for high school and then transitioning to higher education via University of Illinois at Chicago for her undergrad degree.  Passing through these institutions, and others, she realized she was taught very little about Black writers during enslavement.  It was years later in her career when she was teaching that led her to discover that Frederick Douglas was not the only Black author to be published during slavery.  This knowledge led her to pursue her Masters degree at the UW of Madison, WI–where she lives as proud mother of 6 children.

Check out Infamous Mothers at http://infamousmothers.com/