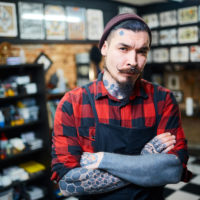 Gabby Petito/Brian Laundrie Update: Dog the Bounty Hunter tells TMZ that he believes Brian Laundrie is still alive. “I would assume he is alive. Not alive and doing well, but he’s alive. There’s no evidence of him being suicidal like that anywhere, and he didn’t say that to anyone. And if you go to his Instagram pages and look at what kind of person he really is—and the books that he reads, and especially his very favorite books—that’s not books for suicidal people.”

The NY Post says Gabby Petito and Brian Laundrie got matching tattoos before embarking on their cross-country road trip. Tattoo artist Danny Nostram tells the paper, “They said they wanted a couple of vines around each one of their fingers to represent them and their love and the fact they were planning this big trip together. They said they had been together two years. I said, ‘OK, easy enough. And then she added a couple of other things she wanted — a ghost riding a skateboard, a little Pisces zodiac sign and a little scorpion on her other fingers. So we just whipped them together and got it taken care of.”

Newsweek magazine says Brian’s parents are changing their story about when they last saw him. Their attorney tells News Nation “The Laundries were basing the date Brian left on their recollection of certain events,” Bertolino. Upon further communication with the FBI and confirmation of the Mustang being at the Laundrie residence on Wednesday, September 15, we now believe the day Brian left to hike in the preserve was Monday, September 13.”