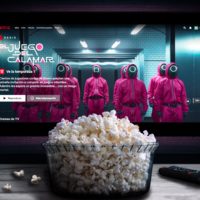 Newsweek magazine says students are now playing their own version of the Netflix series Squid Game at school. Educators are being warned about the game because ‘Red Light, Green Light’ is ending with the loser getting punched instead of perishing like on the show. Squid Game is about contestants that play children’s games with the loser meeting a dark end.