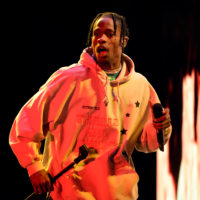 The sun represents 282 people who attended the show, but the lawyer who filed it says 120 more people have contacted him seeking representation.

The attorney says, quote, “The defendants stood to make an exorbitant amount of money off of this event, and they still chose to cut corners, cut costs, and put attendees at risk . . . what happened at Astroworld cannot happen again.”