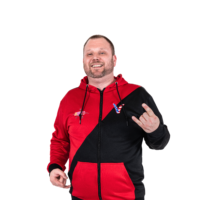 Today is National Tell a Joke Day.  I thought it would be the perfect time to have Alexa and Siri take each other on in a joke-off

Give Me a minute and I’ll give ya the news, just, NOT Headline News ~

Martin from the Madison Black Chamber of Commerce stops in to talk about The 7th annual Black Restaurant Week! Celebrate the flavors of African American, African, and Caribbean cuisine while you discover Black-owned restaurants and culinary businesses in the Madison area.

Share a laugh with : The Best Part is Your Not Alive

Who said only superheroes could have their own action figures?  The Karens of the world can rejoice as their difficult-to-digest persona now comes in the form of a toy.